If Yes, then submit your ICO details & reach thousands of investors from all around the world. We will list your ICO on our website within 24 hrs.

ICO LAUNCH LIST
Find your next investment in ICO's

In the below ICO list you'll find our best picks for ongoing ICOs with an active main sale live right now. 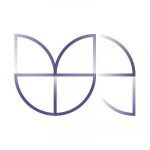 SANGO is The First Digital Monetary System Powered by the Bitcoin Blockchain. Welcome to Brikn the DAO property ecosystem brought to you by Brik by brik For many years smart investors have used real estate to build wealth unfortunately owning a property requires large amounts of capital and comes with a long list of hassles included property taxes, insurance, tenant management and maintenance. The typical real estate investment is just not suitable for the most investors but the BRIKN ecosystem makes it possible for anyone to become a Landlord and receive monthly USDT. IMPT.io, a new ground-breaking blockchain-powered carbon credit ecosystem & Become a part of a large ecosystem that connects socially responsible brands with businesses and individuals who want to reduce their carbon footprint. Based on the blockchain, our platform empowers you to buy, sell, or retire carbon credits while avoiding double counting and fraud. Urust Global's ultimate quest is to provide a substratum of the Decentralized Metaverse. More specifically, Urust Global focuses on developing techniques that facilitate transactional payments and ID solutions in the Metaverse. Brigadethugs is a gaming platform made up of multiple P2E (Play-to-earn) battle games. All games are integrated within an ecosystem called the Brigade Arena. In our ecosystem, gamers do not only play and battle but can also enjoy incentives. Here they can interact with each other, perform, watch and explore the Brigade Arena virtual world. Our mission is to revolutionize the traditional world of gaming.

Active ICO
View all items from the Active ICO (8)

In the below ICO list you'll find the top picks for ended ICOs - you'll be glad to be whitelisted on these.

NFT Marketplace and digital goods are built for speed and affordability on the Binance Smart Chain (BSC), where NFTs meet DeFi.

Lympo aspires to revolutionize the healthy lifestyle ecosystem by monetizing sports and wellness data via blockchain to reward users by offering incentives. 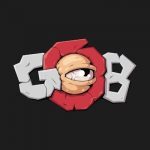 Goons of Balatroon will hold a Startup Initial Free Offering on the 30. Aug. The SIFO will happen on Gate.io.

Thunder Token is a new crypto token that has high throughput and confirms transactions in seconds. This is enabled by a paradigm-shifting blockchain protocol, developed by leading experts in cryptography and distributed system, and accompanied by a rigorous mathematical analysis of security.

Aurory is a JRPG computer game where people will evolve in a rich and diverse universe.

Raze Network is a Substrate-based, cross-chain privacy protocol for the Polkadot ecosystem.

Ended ICO
View all items from the Ended ICO (246)

StarkWare is one of a few blockchain startups that have built Ethereum scaling products using rollups technology.

zkSync is a trustless protocol for scalable low-cost payments on Ethereum, powered by zkRollup technology.

Tinyman is a decentralized trading protocol which utilizes the fast and secure framework of the Algorand blockchain, creating an open and safe marketplace for traders, liquidity providers, and developers.

EXCHANGE LIST
Find your next investment in exchange
View All

Events
View worldwide conferences and meetups.
No events to display.

What is the virtual currency WAVES? Easy-to-understand explanation of features, price trends, and purchase methods

WAVES is a virtual currency developed by Russian physicists in April 2016.

By using WAVES, users can create

What is an ICO?

An Initial Coin Offering (ICO) is a new and increasingly popular way for startups and venture capitalists to raise capital. It works a little bit differently than most other fundraising methods. Instead of selling a piece of the company outright, startups offer “tokens” that can be used to purchase shares in the company. The tokens are similar to traditional securities but are not regulated by the SEC.

What is an ICO soft cap?

When a company announces that it will be issuing digital tokens through an Initial Coin Offering (ICO), it is crucial to understand exactly what the soft cap is. The soft cap is a guideline for how much money the company intends to raise during the ICO. Once the soft cap is met, the sale will end. If the company raises more money than it anticipated, it can continue selling tokens beyond the soft cap.

What is an ICO hard cap?

An ICO hard cap is the maximum amount of funds that a company plans to raise during an initial coin offering (ICO). This limit may be set by the company or by the cryptocurrency protocol. The purpose of a hard cap is twofold: first, it prevents scams and fraudulent activities by ensuring that only genuine projects raise enough money to achieve their goals; and second, it ensures that the total value of tokens sold remains relatively consistent with the value of the underlying project.

What are ICO Tokens?

ICO tokens are a new type of cryptocurrency that is often used in Initial Coin Offerings (ICOs). ICOs are a way for companies to raise money by issuing their own digital currency. The company sells these tokens to investors in exchange for money or other cryptocurrencies. The tokens will usually have a specific purpose, such as giving access to a particular service or holding a certain amount of the company’s shares.

What is an ICO Whitepaper?

An ICO whitepaper is a document that provides investors and other interested parties with a detailed overview of the proposed cryptocurrency or blockchain project. Whitepapers are typically lengthy, detailed documents that explain the project in great detail and outline how it plans to achieve its objectives. They can also provide investors with a snapshot of the team behind the project, as well as information on the project’s roadmap, technical specifications, and future goals.

Major Difference between ICO and IPO

Why is ICO crowdfunding popular?

How to implement an ICO?

Is it worth participating in an ICO?

From an investment standpoint, it’s difficult to say whether or not it’s worth participating in an initial coin offering (ICO). After all, the price of cryptocurrencies can fluctuate wildly and there’s no guarantee that a project will be successful. However, there are some factors to consider if you’re considering getting involved in an ICO.

There are many advantages to investing in an ICO. First and foremost is the potential for significant returns. Unlike other forms of investment, ICOs are often highly volatile and offer a high degree of opportunity for capital gain. Another benefit is that ICOs are often exempt from many of the regulations and taxes that apply to traditional securities offerings. Finally, ICOs are often conducted in a transparent and open environment, which makes them attractive to investors who appreciate transparency.

There are several disadvantages of investing in an Initial Coin Offering (ICO). The first is that not all ICOs are legitimate. Fraudulent ICOs may offer high returns but also come with a high risk of losing your money. Another disadvantage of investing in an ICO is that the tokens may not have a valuable underlying technology or business. Finally, ICOs tend to be volatile, meaning the value of the tokens can change rapidly.

How you can invest in an ICO?

If you’re thinking of investing in an initial coin offering (ICO), here are five things to keep in mind:

When planning an upcoming Initial Coin Offering (ICO), it is important to understand the different sale phases. This will help you create a successful campaign and raise money in a way that is compliant with securities laws.

The pre-sale phase is the first opportunity to purchase tokens before they are available for public purchase.